Are You Aligned With the Empire or the Rebellion? 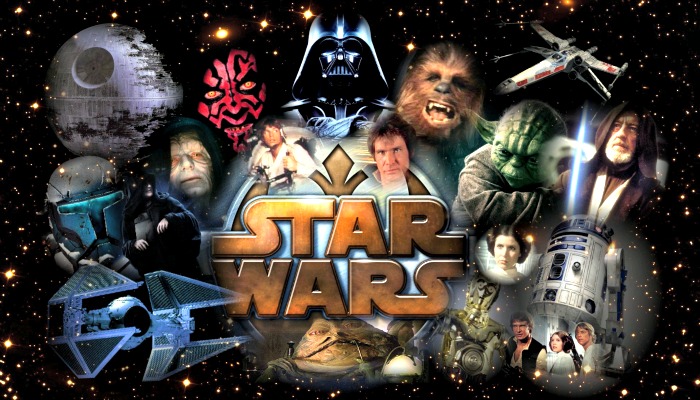 
Is Darth Vader, the Dark Lord, your hero and mentor or is it Luke Skywalker, the Rebel hero, who you feel more akin to? The Galaxy is divided into two sides so you have to choose a side. Which side do you choose? Will you align yourself with the Galactic Empire or the Rebel Alliance? 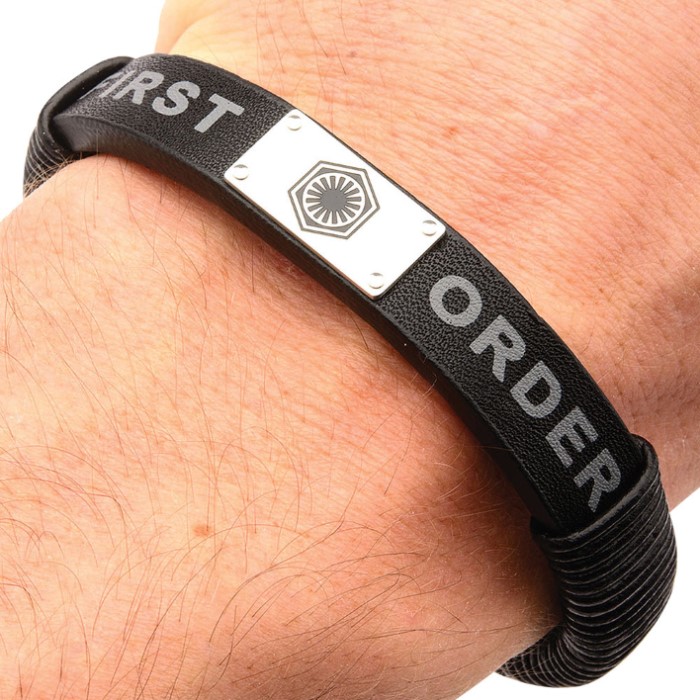 Wear this leather bracelet to show your allegiance to the Galactic Empire.

Wear this leather bracelet to show your allegiance to the Galactic Empire.
The lure of the Dark Side is seductive! It promises power and greatness. You will learn to use The Force to control your enemies and kill them if necessary. No one will stand in your way while you conquer the Galaxy. Drawing upon emotions like fear, anger and hatred, your power is vast and unstoppable. The Force is so great in you that you will have the ability to manifest lightning from your fingertips like your accomplished Sith brethren.
Will you bear the title “Darth” in front of your name and carry a light saber as your weapon? Will you also defeat your opponents through telekinesis drawn from the Dark Side of The Force? Do you want to crush the Rebel Alliance by exterminating their Jedi Knights and thus weakening their rebel forces? Do you think the Jedi waste their abilities The Force grants them and are foolish not to seize the power The Force affords? Then, you, my friend, are drawn to the Dark Side. 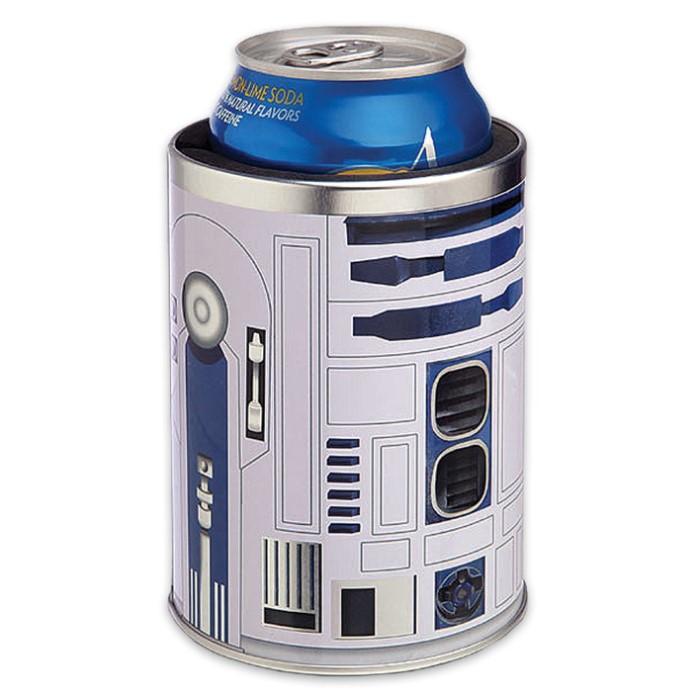 Use this R2D2 Can Cooler and show where your allegiance lies.

Us this R2D2 Can Cooler and show where your allegiance lies.
The Rebel Alliance fights against the evil forces in the Galaxy that impose their will through fear and death. They make no promises that you will survive the war they are fighting but you will be rewarded by knowing that you fight with honor and courage and that you fight for peace in the Galaxy. As a Jedi Knight, you will serve the greater good and never seek to use The Force for self-serving needs. The Force is strong within you and your abilities will be drawn from passive meditation, applied academics and by practicing virtues like altruism, abstinence and mercy. You will live by the creed: “Jedi use their powers to defend and protect; never to attack others.”
Will you look for non-combative solutions, if possible, when there is an altercation and defend yourself and others with your life-saber, when the need arises? Do you consider the SIth your mortal enemies because it is they who have corrupted The Force and given rise to the Dark Side? As a Jedi Knight, will you continue fighting for the Rebel Alliance and on the side of peace until your last breath, even if it looks like the odds are against you? Then, you, young warrior, are a candidate for the Jedi Order.