Get Your Steampunk On! 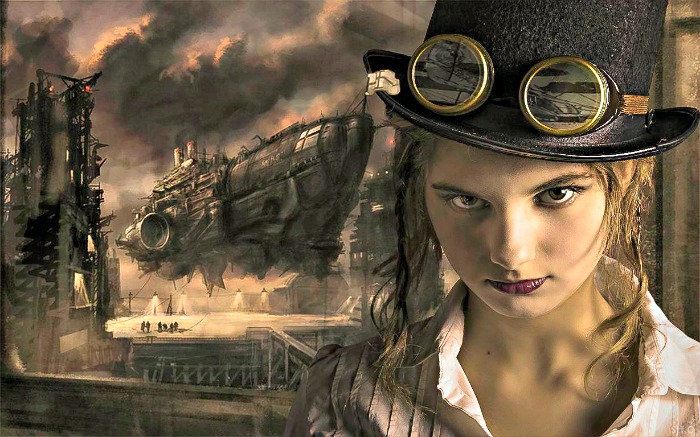 
Grab your petticoats and waistcoats, it's time to talk Steampunk. The definition, above, is a little narrow for the diverse sub-culture it has become but it's a good, basic start. Steampunk has permeated fashion, culture, architectural style and art and has its roots in works from authors like H.G. Wells and Jules Verne and the television show, "The Wild, Wild West" (1965). It has as its background set, for the most part, alternative versions of 19th Century Victorian England and the Wild West Era of America.

One of the things that I love most about Steampunk is the DIY aspect of it that inspires really impressive designs in clothing and accessories. As I said, Steampunk is a diverse subculture so it includes a variety of categories within its community including, not only Victorian and the Wild West devotees, but also Horror and Fantasy and Post-Apocalyptic devotees. This makes for the really awesome and creative looks that are seen at Steampunk events.

A reinvented E-cigarette.
A reinvented E-cigarette.
A statement that I found that seems to really peg Steampunk style is that there is an emphasis "on a balance between form and function." Today's technology, like cell phones and E-cigarettes, are "reinvented" as 19th Century folks may have imagined and designed them. These "retro-futuristic" items are then added to the individual's overall look. This adds visually interesting design elements to a form that already has stunning elements incorporated like gears and sculpted brass metal pieces. I would venture to say that Steampunk is a craft-maker or DIYer's dream.

A retro-futuristic cell phone.
A retro-futuristic cell phone.
Accessories play a huge part of Steampunk style whether they're flying and driving goggles, parasols or sword canes. Since, the sub-genre can also include post-apocalyptic themes, gas masks and modified retro-futuristic weapons like ray-guns and other types of fantasy-styled guns are popular accessories. These items are either modified and hand-crafted or bought at second-hand stores or Steampunk specialty shops. They further enhance the "character" that has been adopted, which can be an explorer, aviator, pirate or countess. Steampunk is pretty open to interpretation. The main crux is that creativity abounds and the sky's the limit.