Counter Strike: Global Offensive (CSGO) has continued to rise in popularity with gamers since it exploded onto the scene in 2012. Exciting new weapons and equipment were added in this new installment of the online game series. However, I think the most exciting components that were added were the weapon finishes, which were in the 2013 “Arms Deal” update. As an appreciator of the aesthetics of a good knife, it was awesome to see the variety of skins developed for my favorite blade – the karambit. I think the karambit is the perfect canvas to use and was pleased to find out that, here, at True Swords, we were also expanding our take on our tried and true Honshu Karambits. Now, instead of just admiring the skins virtually, I could see a couple of them in real life. I could actually hold our version of the tiger striped one in my hand and get the complete picture of how really great it looked. We are continuing to explore adding more to our collection. So, here are some of my favorite CSGO karambit skins and just maybe, a couple of more of them will be considered for reproduction. I have my fingers crossed. 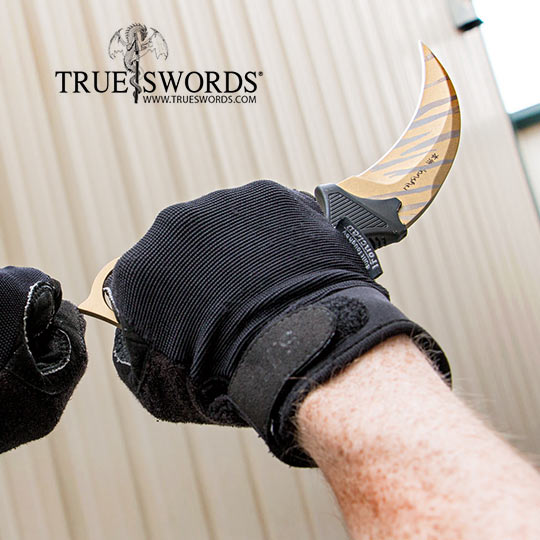 Our version of the Tiger Tooth skin. 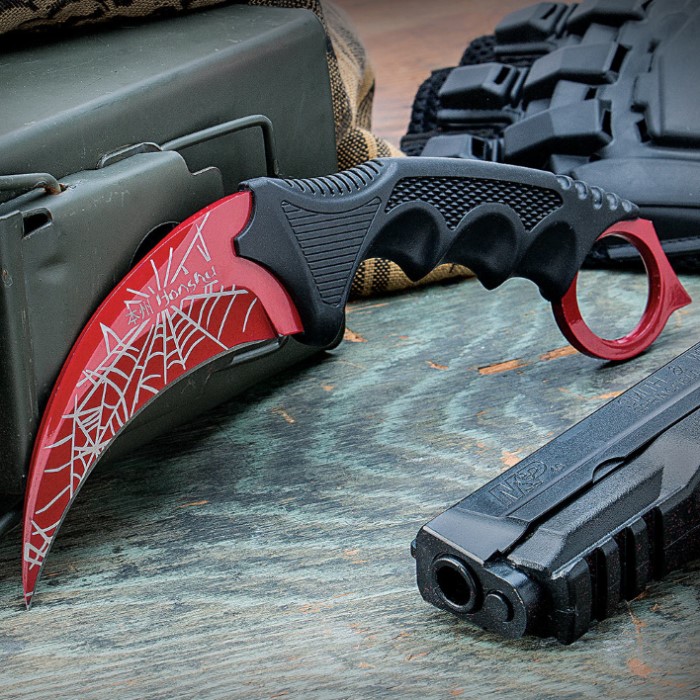 Our version of the Crimson Web. 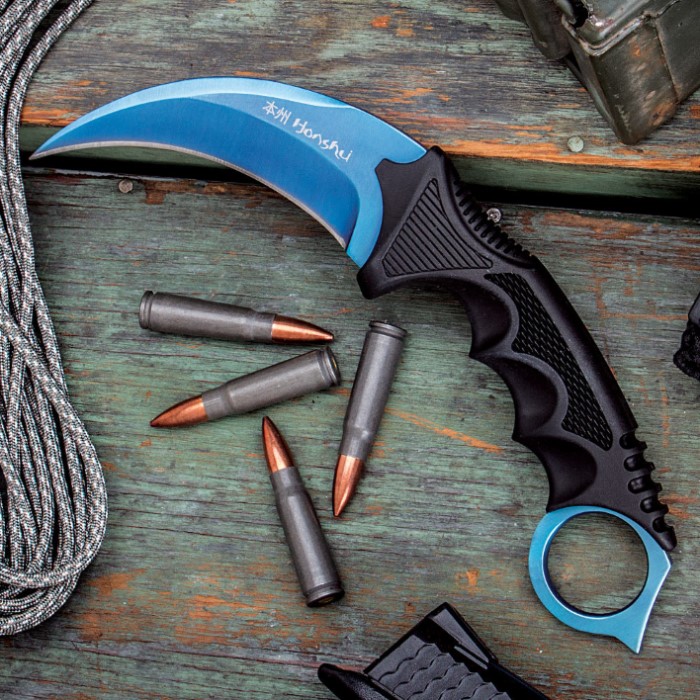 Our version of the Blue Steel skin.