Villains Have the Best Weapons

You got to love a great villain because if it wasn't for them the heroes would have no purpose in life. Along with those villains goes their weapon of choice, which is usually just as badass as they are. Here are a few favorites that you can add to your collection. You gotta have the bad to balance out the good. 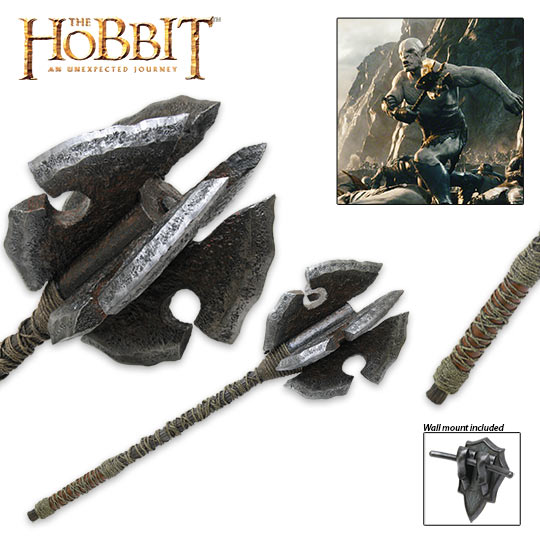 Azog's Mace is the bane of dwarves.

Azog's Mace is the bane of dwarves.
From the depths of Moria, Azog the Defiler has been the dwarves bane for generations, pursuing Thorin Oakenshield and his company on their way to the Lonely Mountain. As the largest orc to ever walk Middle Earth, he needs a weapon that fits his strength and size. The Azog Mace has the perfect bonecrushing look to compliment his character in "The Hobbit" series. If you are a fan or movie memorabilia collector, this piece is something you need to complete your collection because it is built to match the original filming prop.
If you are a follower of "Bleach", then you know that someone who doesn't need to be left out is Grimmjow Jaegerjaquez. Although, an expert at hand-to-hand combat and more partial to it, he is also an expert swordsman. Grimmjow's Zanpakuto glows blue and unleashes a fury of wind as it is released. The replica sword pays homage to the character's personal color scheme and even has the distinct S-shaped tsuba that assures you it belongs to the Panther King. No "Bleach" collection would be complete without it. 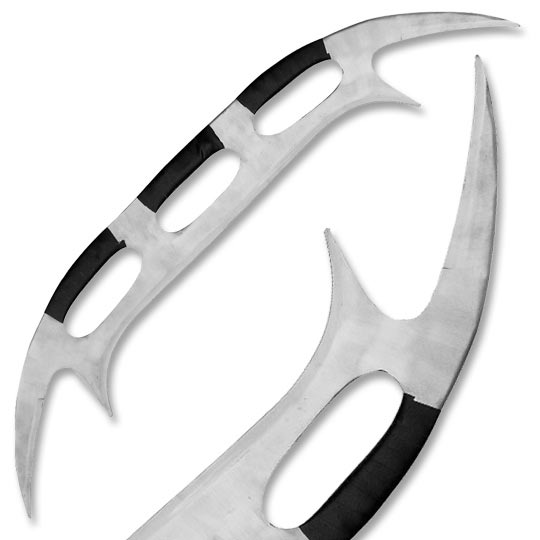 The Bat'Leath is an iconic silver screen weapon.

The Bat'Leath is an iconic silver screen weapon.
Okay, some might disagree that Klingons belong in this list of villains. But over the years, Klingons were mighty enemy warriors of the Federation and this powerful race of aliens carries a mighty weapon. The Massive Klingon Bat'Leath War Sword drew its influences from the Himalayan kukri and Chinese fighting crescents and was initially created for Worf in "Star Trek: The Next Generation." However, its iconic design has become part of popular culture and the weapon has been used outside of the franchise, too. A fighting style has also been developed for using this weapon. Not bad for something that started out as a movie prop.
If you are a fan of movie and television replica weapons, check out our Movie & TV Replicas category and see the amazing selection we have to offer you. From the silver screen to your hand, there's nothing like owing a quality reproduction from your favorite movie or show.