Know Your Types of Swords

Swords have slashed and thrust their way through centuries, shaping history through battles and single combat. Developing from the dagger during the Bronze Age, they have continued to change and evolve into masterpieces that have represented individual civilizations across the world. Swords are as individual as the people who carry them. Here are some historical sword types and a little bit about them. 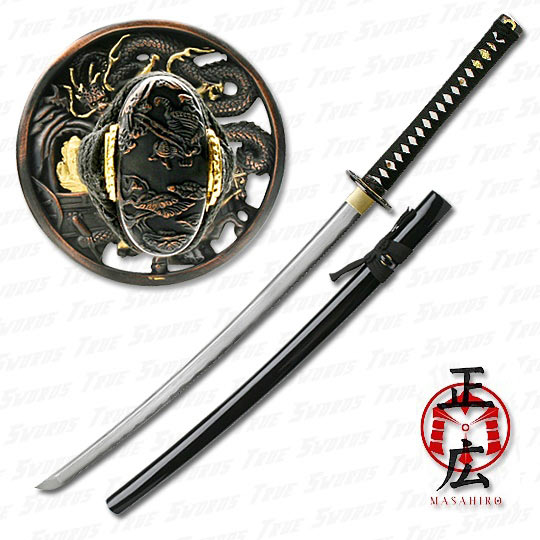 The katana was used by Samurai in feudal Japan.

The katana was used by Samurai in feudal Japan.
Japanese Katana
The katana is a Japanese sword used by samurai in feudal Japan. It has a curved, single-edged blade that is slender and a square or circular tsuba (guard). The handle is long and traditionally wrapped in rayskin and then a "braid" of silk or cotton. The blade is usually about 27-1/2" in length and is sheathed in a saya (scabbard), which is traditionally made of lacquered wood. This weapon was used for slashing and stabbing motions in combat not necessarily for blocking or clashing. The art of using a katana is still practiced today in martial arts schools. 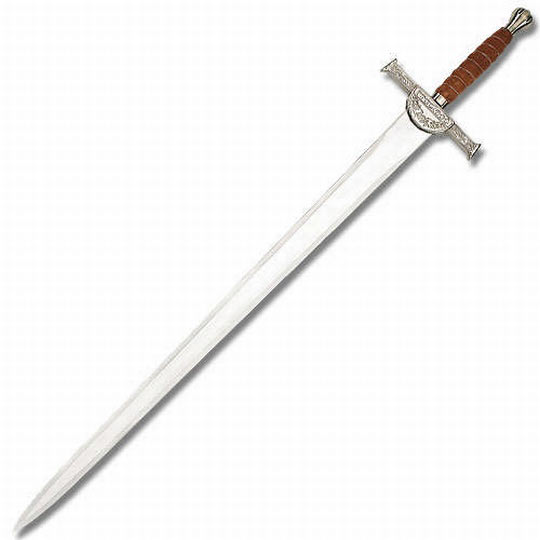 The two-handed great sword was a mighty weapon.

The two-handed great sword was a mighty weapon.
Two-Handed Great Sword
The two-handed great sword is a Renaissance weapon that was most effective as an infantry sword. It was a beast at between 60 and 70 inches in overall length with a cruciform hilt. The use of this sword in battle was actually pioneered by the Swiss and Germans not the Italians. It was used mainly for fighting opponents with halberds by cutting off the tops and then also clearing through pikes. Soldiers would use them for slashing and stabbing their way through the battlefield. Larger two-handed swords weighing up to 10 or 15 pounds were known as "parade-swords" and were only used in ceremonial processions. They had a blunt edge and were not balanced for combat. 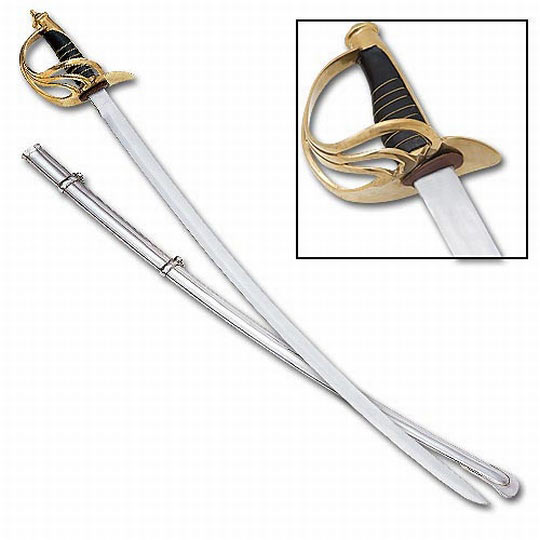 The saber was used mainly as a cavalry weapon.

The saber was used mainly as a cavalry weapon.
Saber
The saber was introduced into Western Europe during the 17th century through the Polish szabla, which was used as a cavalry weapon. It has a curved, single-edged blade with a pointed tip and hand guard that covers the knuckles, thumb and forefinger. However, it was not unheard of for this sword to be double-edged. Traditionally they are carried in a scabbard that either hangs from a shoulder belt or waist belt. These weapons saw much use during the Napoleonic Wars and saw some use during the Civil War, especially at the Battle of Gettysburg. It was abandoned for combat use as the horse cavalry was replaced with armored cavalry during World War I. 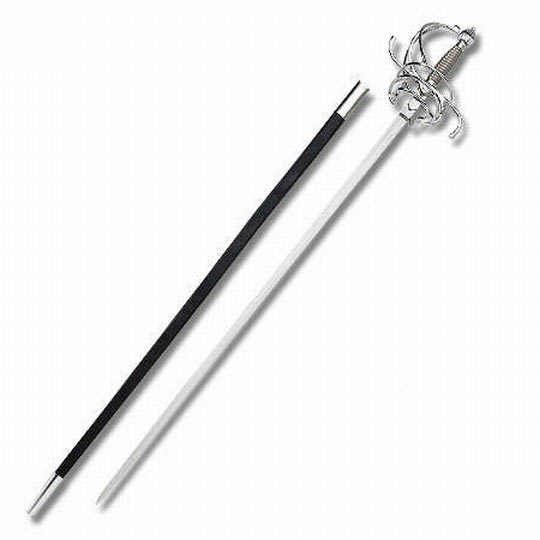 The rapier was a quick and elegant weapon.

The rapier was a quick and elegant weapon.
Rapier
The rapier was used mostly in Europe during the 16th and 17th centuries but did originate in Spain as a "dress sword." It has a slender, sharply pointed blade, typically sharp on both sides, that was used for thrusting attacks during combat. The hilt is usually a complex affair with the purpose of protecting the hand and evolved into cup-like shapes over the years. It was considered a "fashionable" weapon for the wealthier class and was used for dueling and self-defense. It is thought that fencing schools have inherited their forms from rapier swordsmanship. It is still carried today by the officers of the Swiss Guard at the Vatican. 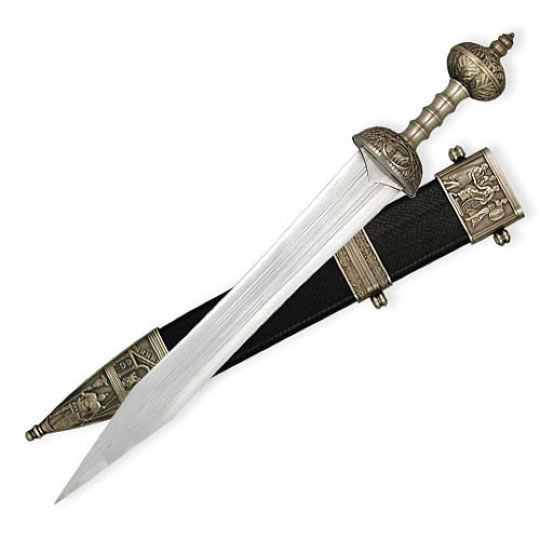 The gladius was carried by Roman legionaries.

The gladius was carried by Roman legionaries.
Roman Sword
The Roman Sword or Gladius originated in Ancient Rome and was carried by legionaries into battle. The sword blade was double-edged for cutting and tapered to a point for thrusting moves. The sword was from 24 to 22 inches in overall length. It had an ornate knobbed hilt to give it a firm grip and sometimes had finger ridges. It was carried in a scabbard that was mounted on a belt or shoulder strap and a centurion wore his on the opposite of his body than the foot soldiers wore theirs. The word "gladiator" (meaning swordsman) actually derived from the word "gladius."