A Drop Point blade has what is called a "full belly", which means it has a more curved profile, which gives it a fuller cutting edge, especially useful in skinning. The point is thick and the top of the blade drops down to it. It is good as an everyday work knife and seems to be one of the most popular choices. It is mostly used in hunting knives and even chef's knives because the lowered point gives more control to the user. 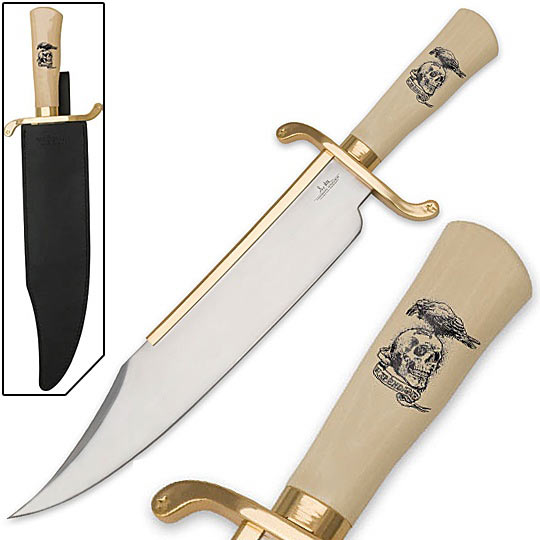 Bowie knives are the most recognizable clip point blades.

Bowie knives are the most recognizable clip point blades.

A Clip Point blade has a crescent tip which makes the blade thinner and sharper, making it an excellent choice for puncturing tasks. The back edge of the blade goes from the handle and then stops about halfway the length of the knife. Then it looks like a part of the blade has been clipped off. This area can either be straight or curved and the back of it (false edge) can be sharpened. The most recognizable knife with this type of point is the Bowie knife but it can also be found on pocket knives.

The Tanto Point blade (Westernized), inspired by Japanese swords, has a straight edge and is extremely strong because there is more metal in its point. It can withstand piercing, scraping and prying job, which makes it great for heavy duty use. The front edge of the blade meets the back edge at an angle so it does not have a "belly" at all. It is not good for slicing duties so it is not considered an all-purpose knife. This point is most common with tactical knives. 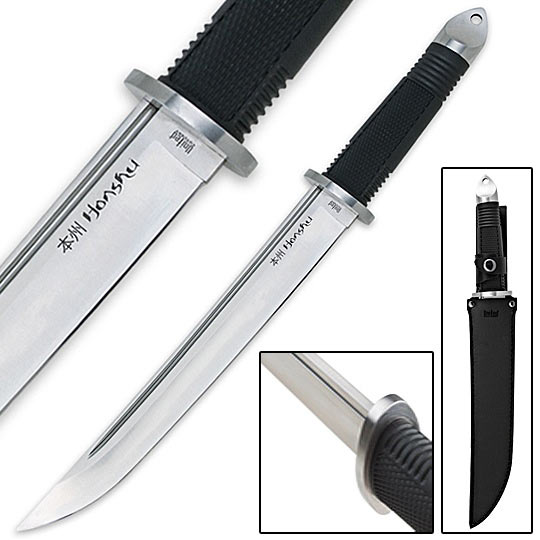 This is an example of a tanto point blade.

This is an example of a tanto point blade.

The Modified Tanto Point has basically the same shape as the tanto point except the angled point has been modified between its front edge and bottom edge. This brings the tip of the blade closer to the center of the blade which increases control of it for the user. This also gives it thinner point for better puncturing power. It is also great for heavy duty chores.
Depending on what you're are looking for, do consider what you need and what you expect out of the blade. This is a very important consideration to assure you get many years of use out of it. Finally, simply treating your knives with respect and taking good care of them will easily keep them looking and performing like brand new for many years to come.